Nicki Minaj is one of my favorite celebrities, so I wanted to give all her perfumes a try. Currently she has seven released (I was unable to find Queen and Minajesty Exotic in stores) but I am going to review her five most popular ones─Pink Friday, Minajesty, The Pink Print, Onika, and Trini Girl. 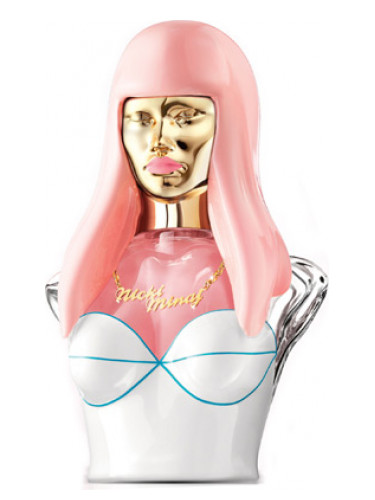 Nicki Minaj’s debut scent is called Pink Friday which was released in 2012, named after her debut album Pink Friday which was released in 2010. Her first signature scent has a uniquely shaped bottle, with her face and pink wig as the cap and glass body as the bottle. Special editions of the perfume even include a gold chain around the rapper’s neck with her name on it. Out of all of her fragrances, I would say that this one is definitely the most girly out of the scents. It’s playful, sweet, and perfect for a young woman or teenager as a first perfume. My favorite place to wear this scent is out with friends. It’s definitely a scent for the daytime and perfect for springtime. Click here to purchase → https://www.fragrantica.com/perfume/Nicki-Minaj/Pink-Friday-16078.html 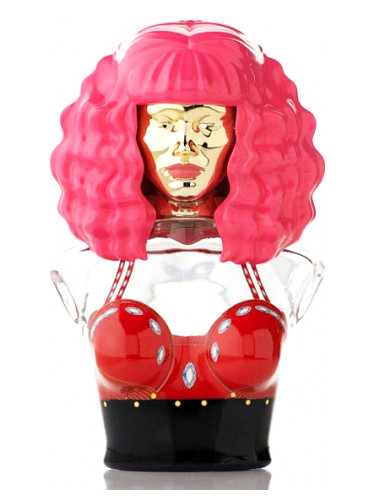 Nicki Minaj’s second released scent was titled Minajesty and came out in 2013, a year after her first perfume. The bottle again features her face and pink wig for the cap and diamond lingerie clad body as the bottle. Although the scent has similar fruity and sweet notes like Pink Friday, this scent is a lot sultrier and is more spicy. My favorite place to wear this scent is out on dates. The scent is definitely a nighttime scent and is perfect for the summertime. Click here to purchase → https://www.fragrantica.com/perfume/Nicki-Minaj/Minajesty-18900.html 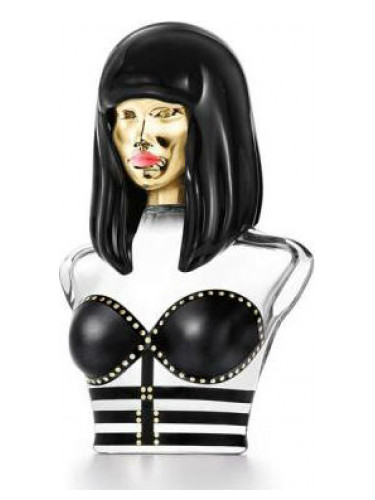 Nicki Minaj’s third perfume was released in 2014 and is called Onika, named after herself (that’s right, her real name is not Nicki). The bottle features a more natural side of Nicki, with her face and black hair as the cap and a sexy black corset as the bottle. The scent is very feminine and mature. My favorite place to wear this is at work or at professional events. The scent is filled with notes of floral and citrus─perfect for day or night and works good for all seasons. Click here to purchase → https://www.fragrantica.com/perfume/Nicki-Minaj/Onika-25913.html 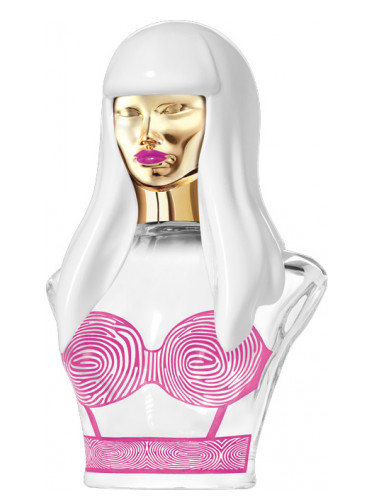 Nicki Minaj’s fourth perfume was released in 2015 to promote her studio album The Pink Print which was released in 2014. The bottle features her face with purple lipstick and a pink wig as the cap, and the same purple fingerprint design as her album cover features as the bottle. The scent is extremely fresh smelling and reminds me of the scent of shampoo after a shower. It’s a very clean, crisp, and fresh smell. If you want to smell clean, this is definitely the scent for you. The scent is a daytime perfume and is perfect for any season. Click here to purchase → https://www.fragrantica.com/perfume/Nicki-Minaj/The-Pinkprint-31669.html 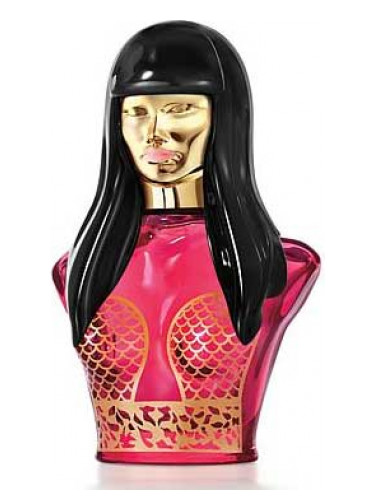 The last Nicki Minaj fragrance we’ll be reviewing is her Trini Girl perfume, released in 2016. Named after her birthplace of Trinidad, and has notes similar to Onika but with a spicier twist, with notes of blood orange and litchi. The scent was produced by beauty mogul Elizabeth Arden. The bottle features her face and long black hair as the cap and pink bodied bottle. The scent is perfect for all occasions, no matter time of day or season. Click here to purchase → https://www.fragrantica.com/perfume/Nicki-Minaj/Trini-Girl-41709.html

Now, I will say that although all the fragrances are wonderfully scented and perfect for women of all ages, the scents are weaker than other perfumes and do not last very long. However, they are cheaper than other celebrity endorsed fragrances on the market which makes up for it. I have been collecting her perfumes since Pink Friday was released in 2012, and I can’t wait to see the other fragrances that Nicki Minaj has up her sleeve!

Which one is your favorite? Which one are you excited to try?

Good evening bloggers! I’ve decided to share with you some of my fave Lush products from mid to late 2017. Of course I will be heading soon to Lush to stock up on the wintertime and Christmas goodies, but for now, here’s some of my favorites that I’ve picked up from August to October 2017.

There are so many reasons that I love these little bath tablets. Not only do they smell fabulous, but there are so many uses for them, and they support a great cause. You can use them as a shampoo, a body wash, or as a bubble bath. Since there are seven of them, they last quite a long time, and each one comes with a unique fruity fragrance. Plus, each one sold donates some of the profits to Japanese children who are living in unsafe conditions and unable to play outside. So next time you’re at Lush, go grab yourself a tube of these fun rainbow multipurpose bath oil tablets and make a difference in the world while you’re at it. Here’s the link to purchase: https://www.lush.ca/en/bath/fun/rainbow/06581.html

This haul included many different items, including:

I love Lush because not only are their products all natural and against animal testing, but they are also incredibly unique. Rather than the waste toothpaste can create, their toothy tablets are a great alternative to standard toothpaste. The chocolate lip scrub works wonders, and all of the bath products are fantastically fragrant and make your skin feel soft and smooth after a nice, relaxing bath. All of these products get a thumbs up from me.

My September haul consisted of lots of products I have never tried before, including their masks for hands and salted coconut body scrub. The products I tried are as follows:

Unlike other face masks, the Rosy Cheeks mask actually made my skin tingle. It felt so nice and made my skin look so bright and refreshed afterwards. Now, I haven’t actually gotten around to using the hand mask yet, but the salted coconut scrub is the ultimate scrub for your skin, especially dry hands. And, as always, the bath products were amazing. I loved the Yuzu and Cocoa bubble bar; it had such an amazing chocolaty yet sweet fragrance.

How cute are these? By far, the holiday ones (Halloween and Christmas) are the most clever designs. These cuties are:

You may still be able to find these at Lush, but probably not. All the Christmas stock has taken over; but hey, you might get lucky. These Halloween bath bombs are scary good, with sweet fragrances and cute designs.

That’s all for this haul. Stay tuned soon for my haul of winter and Christmas 2017 Lush goodies!

Hello everybody, today I will be reviewing Taylor Swift’s “Taylor” perfume. A very creative and humble name, isn’t it? The box’s pattern makes it seem very elegant, and the font, and Taylor’s signature with the picture of the pretty little bottle. The first time I ever spray tested it at the drug store I thought it smelled kinda pretty, and it was also a strong scent. But then, I bought it. Oh, big mistake.

Her other perfumes such as “Wonderstruck” are absolutely gorgeous smelling. This one? Not so much. It isn’t overpowering like some scents or cheap smelling, it’s a very classy, soft smell, the scent of flowers is present. Typical perfumes consist of vanilla smells, candy smells, or flower smells, so right off the bat it’s your average perfume. Now, on to “Taylor” . . .

When I first opened up the box, I found the bottle to be quite cute. But as time went on, I noticed that my bottle was . . . rotting?! Literally, deteriorating. The top of the bottle where the gold colour is began to rust, where it should’ve been gold, it was completely black. It looked rusty and even the scent of the perfume began to smell expired at the top of it. (The fragrance in the actual bottle was still fine.) The top of my bottle began to pop off so easily, whereas it should have been glued on tightly, and unable to be pulled off like all other perfumes. But it was always teetering, and one day, just snapped off. Then you have that tacky pearl thingy around the top of the bottle. Why isn’t it glued on, and better quality?! Seriously, it looks like a five year old went to the dollar store, picked up some beads, grabbed some cheap string and put it all together. It falls off so easily, and to me, just wrecks the whole look of the bottle. So, yeah, the bottle is absolutely disgusting.

Now for the actual scent. Let’s just say that I am never buying this ever again. If you’re a hardcore Taylor Swift fan and like soft scents, then definitely buy this. But this is not the perfume for me. No matter how much I sprayed on, it wouldn’t last. Like five seconds, that’s it. Even Dollarama body mist I bought lasts hours. I’d go up to people saying, “Can you smell my perfume?” and they’d all say no. Then one day I switched to Chanel’s “Chance” and a bunch of people complimented me. So what? Is Taylor’s scent just so weak that it is unable to be smelled? Or did I just get a faulty bottle? Maybe the scent just doesn’t hold to me? I know every perfume is different due to the fact that it reacts differently on people’s skin, but come on. This is the first time this has ever happened with a perfume. There is NO scent to it. So weak, not noticeable at all. I watched a girl’s review on YouTube and she was booming about how long it lasted. Not for me it didn’t.

I’ll give it a six out of ten just to be nice. Maybe other people will like it. I could’ve:

a) Got a faulty bottle.

b) Needed to put more on.

d) My skin doesn’t react to it.

I will never buy this again but I gave it a good rating because it’s a pretty bottle and box for the most part, and I am sure if it actually stuck to me I wouldn’t mind it. But the actual scent is just not for me. So if I was rating it solely on what I personally thought, we have a three out of ten.

And there you have it, folks. Bye for now!

WATCH ME TALK ABOUT IT HERE: