Good morning bloggers! It is currently almost six in the morning and I may or may not have went to bed yet. Quarantine life, am I right? Speaking of quarantine, Jacob and I got a quarantine cake kit from my favorite bakery in the city, Sweet Revenge Bake Shop. We had a lot of fun decorating it, so we decided to film it and upload the video for you guys to watch! 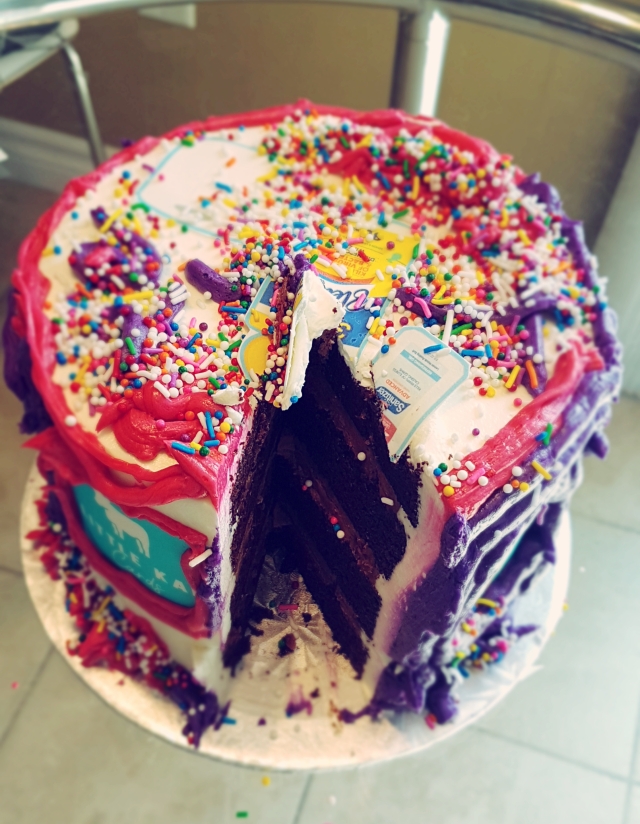 Just a fair warning — it may be an epic fail or it may be the most beautiful cake ever created. We’ll let you decide.

Be sure to give the video a thumbs up and subscribe if you enjoyed watching it. What kind of activities have you guys been up to during the quarantine to avoid boredom? Let me know in the comments!

Good morning bloggers! Due to COVID-19 keeping us in doors, I’ve decided to post more to both my blog and YouTube channel as I have a lot more free time now. I have officially completed my first year of university (yay!) and am currently not working, so I thought this would be the perfect time to get creative and have fun with it.

This is the first video I have uploaded for eight months, so I decided to do something carefree and simple. I filmed the 50 Facts About Me tag, where you can learn some new things about me that perhaps you did not know before!

If you enjoy the video, make sure you give it a thumbs up and subscribe to my channel to be notified whenever I upload a new video. Also, feel free to send me any video requests and/or ideas you have for me and I will do my best to try and film them!

Good evening bloggers! I hope everyone is trying not to go crazy in self-isolation and keeping themselves occupied ― more importantly, staying home while remaining safe and healthy.

It’s been quite some time since I wrote on my blog last, and I figured that during a time when you’re not supposed to leave your house (which I wished for many times, and am now beginning to regret it) it would be a good idea to write something to keep my brain active. Currently, I am studying English Literature and Creative Writing at university which has been moved online. This is my last week of classes for the semester, and then final exams, which are also going to be happening online.

Last summer, I was involved in a slightly humiliating situation, but one that makes for a good story nonetheless. Jacob and I were going to McDonald’s for a late night snack and I was the driver. The next thing I knew, we were driving along the border and going into a different country. Yup, I am the only person I know that can attempt to go down the street for a burger and somehow end up in the United States.

This story was submitted to a creative writing class at the university I attend and received an A, so I figured it’d be good enough to make a blog post out of. Enjoy my ridiculousness!

That was how a drive to McDonald’s went terribly, horribly wrong. It was a hot midsummer’s night, and somehow a trip to McDonald’s turned into an adventure to another country. Jacob (my boyfriend) and I’s hunger had grown pernicious, and the only way to rectify this uncontrollable hunger was to embark on the five-minute drive to the nearest McDonald’s for burgers and fries. I was the driver, and the only possible excuse I can muster in this case is that my eyesight isn’t particularly excellent in the dark. I had both hands on the steering wheel, my eyes on the road ahead and my mind on the food that awaited me, when I made the fatally wrong left turn. As I cranked the wheel to what I thought was the correct street, I realized I was bolting down a one-way street — and I was not going the right way down it. Quickly, I swerved down another street that allowed vehicles to travel southbound. Unfortunately for me, this road had no exit as far as I could see — in fact, there was only one way out, and it was not the way I wanted to take. It was an anxiety-ridden moment. Full of panic, I looked over towards Jacob and asked him what we should do. Together, we searched to see if there was someone, anyone at all that could help and direct us to the right path. Albeit, there was no one around, and I cruised across the border that led from our homeland of Canada into the unknown and somewhat frightening territory of the United States. In hindsight, I could have handled that differently. Perhaps I should have took a deep breath and thought things through a little rather than acting on the first thing that came to mind. I drove and drove and drove and drove across that seemingly never-ending bridge alongside trucks and cars who were driving with a purpose, while I was there, driving encumbered with regret. Approaching the border patrol, I took a deep breath of relief. We were saved. We would be turned around back to Canada, we could go to McDonald’s, and we could forget this whole night ever happened. As I told the man what had happened, he looked quizzical. I understand — after all, I’m not entirely sure they have many crossers who simply were trying to go to McDonald’s. He said it would be more work to turn us around than let us through (even though we were not equipped with passports), so we were headed into Detroit, Michigan. I had never driven in the United States before, so to say I was unnerved would be undermining how I had felt in that moment. Hours after searching for the bridge (but not before arriving to the tunnel to discover it was closed due to maintenance) and driving back onto Canadian soil with a dead GPS and frazzled energies, Jacob and I were at the border customs yet again. This time, we were hassled by the border police, who asked us multiple times how one can end up in the United States when going to get a Big Mac. So multiple times I had to reply, that yes, I know — I’m an idiot. Eventually, we did get to McDonald’s. A greasy cheeseburger had never tasted so good and rewarding. This may be an odd and slightly humiliating story to recount, but it did teach me a valuable lesson — be careful when driving to McDonald’s, because you may end up in another country.